This is an ongoing project using Tensorflow A.I platform made by google, The aim of this DNN A.I is to be able to run in live camera footage from a Trade show or Marketing event.

The A.I detects the presence of Human faces and then runs the DNN network on the detected cropped face to determine what the human gender is. In the example image The network is being run on Video comedy footage as a test example.

The idea for deployment is to have a camera mounted above the exit door‘s at large trade shows or events, as people walk under the camera the A.I creates a gender classification profile for each person & then outputs the result.

This data is then fed into a CSV file database allowing the event organizer to build in realtime feedback on the event.

This type of deep data is like gold dust for automated feedback which can then be run into a interactive dashboard giving  graphs for male or female behavior, for example running this A.I in a retail environment mixed with our human counting system would allow understanding which product is popular with a specific gender group (As part of another of our experiments this also can be joined with age classification to create a demographic of end user trends).

The final dashboard then generates graphs and visual statistics (Analytics) allowing to evaluate the popularity of that area.

This can run on edge hardware directly at the event location (High end hardware) or streamed to the cloud from a dumb edge device just streaming video to the AI on-line. 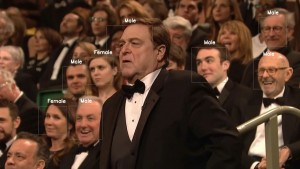 This project is related to our computer vision classification system.

We use cookies to ensure that we give you the best experience on our website. If you continue to use this site we will assume that you are happy with it.Ok